WE INCREASED THE QUALIFICATIONS OF CONSUMER ARBITRATION COMMITTEES 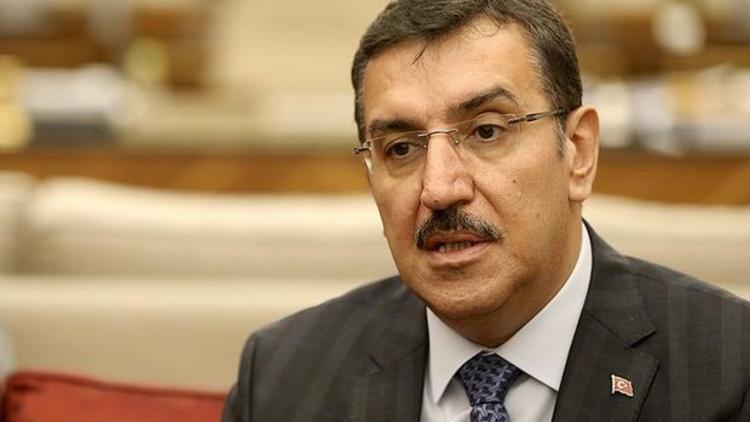 CUSTOMS and Trade Minister Bülent Tüfenkci stated that the solution of consumer problems necessitated cooperation between public and private stakeholders and non-governmental organizations.
Tüfenkci, in his speech at the Opening Meeting on Technical Assistance for Strengthening Consumer Protection, stated that the project prepared in the European Union (EU) Instrument for Pre-Accession Assistance 2014-2020 would contribute greatly to the solution of consumer problems.
As the Ministry, Tüfenkci stated that they had witnessed the existence of non-commercial practices and new forms of non-compliance, as well as their consumption habits, said also “At the same time, we see that the solution of consumer problems necessitates cooperation between public and private stakeholders working in the field and civil society organizations.”
Tüfenkci, noting that they aim to support the civil society organizations in the field of consumer protection and consumer awareness, he said that the studies also include an effective public relations campaign in which the awareness levels of consumers will be increased.
“WE WILL DO AWARENESS RAISING WORK”
In this context, Tüfenkci, emphasizing that they will do awareness raising work with the means such as TV spot, brochure, poster, television program and scientific studies, continued:
“We restructured the Consumer Arbitration Committees in consumer favor for more practical decisions, we reduced their number, strengthened by increasing the quality. We will increase the level of awareness about the duties and responsibilities that the producing sectors, ie the private sector, should fulfill within the scope of consumer rights. We will not only increase consumer awareness, but also raise producer consciousness.”
Tüfenkci stated that they want to bring Turkish consumer policy in line with EU standards in terms of legislation and implementation, reported at this point they found the support on EU is important to the development request in the field of consumer protection in Turkey.
“WE WILL CONTRIBUTE TO CREATE A NEW CONSUMER POLICY“
Mehmet Selim Uslu, Head of the Central Finance and Contracts Unit at the Under-secretariat of Treasury, said that the project will contribute to the development of a new consumer policy by conducting field visits, trainings, studies and seminars with the aim of raising awareness of consumption habits and consumer rights.
Uslu said that the current consumer protection system will be developed in line with the EU acquis.
Ahmet Erdal, General Manager of Consumer Protection and Market Surveillance of the Ministry of Customs and Trade, underlined the importance of protecting the economic interests of consumers and stated that they aim to create a multi-stakeholder policy addressing all segments of society.
In this context, Erdal pointed out that they work for coordination and cooperation, said that they would organize awareness campaigns and they would be in close relation with civil society and private sector through more powerful and effective policies.